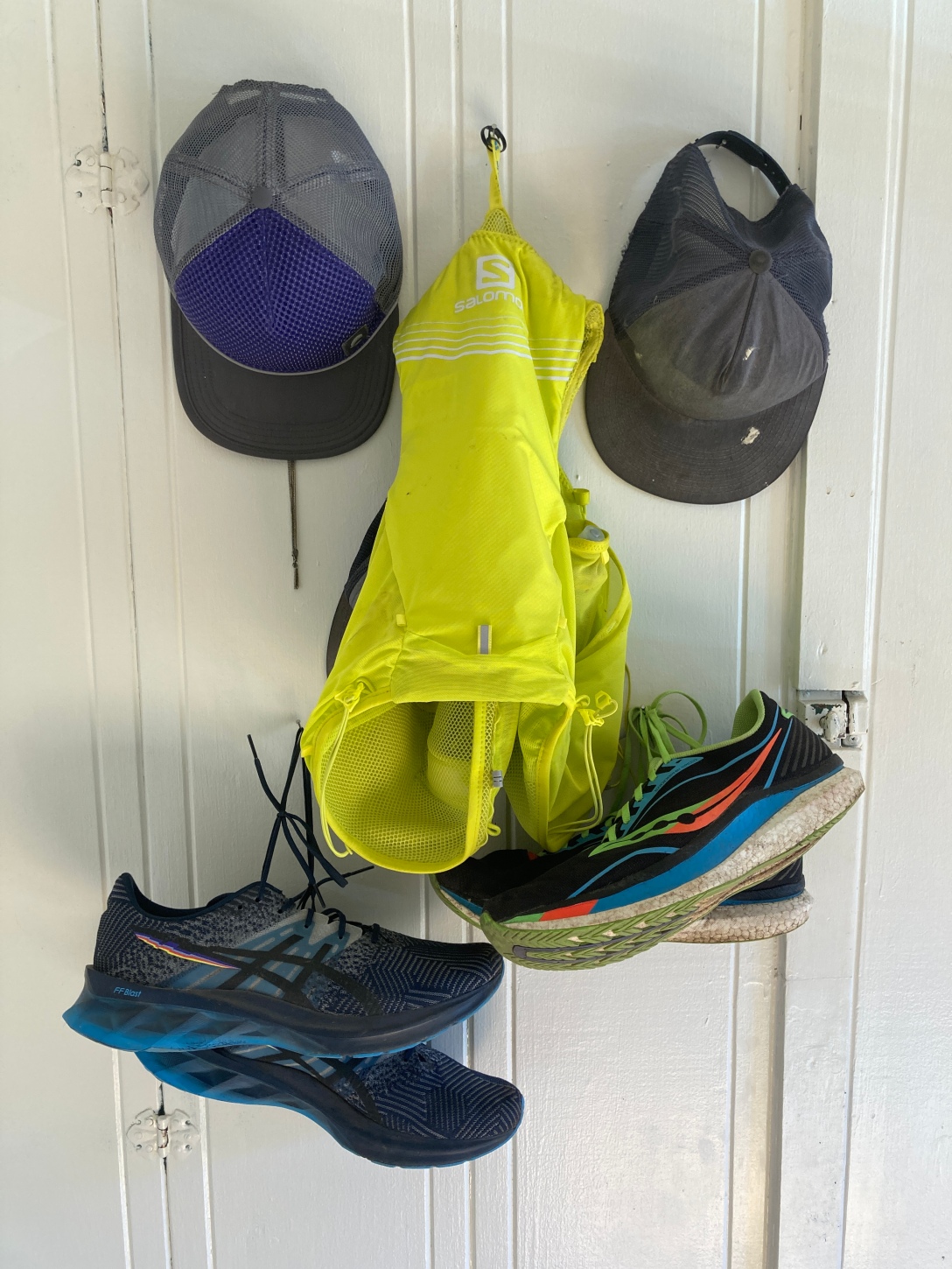 It all started when I read “Born to Run” by Christopher McDougall. No, not really, it didn’t start there nor have I ever read the book which from my knowledge talks about how humans are uniquely born to run. It started because I wanted to have more stamina for kayaking with Mallory in the various bays and rivers we have in Northern California. With kayaking being mostly limited to the longer summer days, I also needed to find a way to remain active during the winter months. Since I got hit by a car while cycling, I haven’t been able to find the same drive with cycling that I once had. I thought maybe running could fill this empty hole that cycling had left.

I find my emotional state is directly tied to how much physical activity I have in a day and now that I’ve worked in an office for the past 6-7 years instead of outside at a plant nursery, it’s more important than ever to stretch, stay nimble, and get my heart rate up. I played a lot of team sports growing up and running was something we had to do but did not want to do. It was only until high school where I discovered cross country running. I never joined cross country team but I was inspired by the trail running shoes and running races through tough terrain. It was hiking on steroids! From there, I dated several people who were into running whether it was triathlons or strictly running for the joy of it. Time to time I would run for fitness (a couple miles here and there) and I also ran a few small 5ks but nothing beyond that.

Like anything in life, we like to think the ideas we have are our own but in reality, it’s probably a mix of self-interest and what we’ve been exposed to through others we’ve come in contact with. I’d say most of the time , we need to know something exists before we have interest in it. We find out it exists through others. It may and is typically not an immediate response, you might be exposed to something over years and then finally, it clicks, you start to pursue this thing. At that moment, you think, “Ah, what an original idea” but in reality, it’s because you’ve been exposed to it over time.

As I began down my running path, I learned my 40 dollars shoes although better than most would not cut it which began my dive into the tech side of the running industry. There is plenty to buy in the world of running and plenty of stuff that’s probably not necessary. From my research, what I found necessary is a good pair of shoes. This pair of shoes would help me avoid injury, run faster, jump higher, just like the PF Flyers in Sandlot (if you haven’t seen the film, please watch). OK, maybe not jump higher but definitely avoid injury and run faster. Avoiding injuries is something that has become increasingly important for me in my 30s. When fitting running shoes, I learned that you need to go up a size or at least have a thumbnail space because your feet swell on a run and normally throughout the day. I should know this from all the backpacking I do but I guess I just dealt with it. After searching reviews, youtube, and all other corners of the internet I decided on the Saucony Endorphin Speed, the 2019 running shoe of the year.

Now equipped with a new pair of flashy running shoes, I set off on my first runs. Typically around 2 miles in length. I found my pace to float around 9 minutes and 30 seconds a mile (~5:54 a km). It seemed slow to me but it was encouraging. I found it hard to fit running into my routine, even 30 minutes felt like so much time. It seems making something routine is a hard thing to do. I hoped by starting small, I wouldn’t get burned out. I remember when I started meditating and 2 minutes felt like an eternity but I was able to work up to 20-30 minute long meditations. And just like meditation, the longer the experience, the more benefit I was able to achieve. That runner’s high is no joke, I never feel bad emotionally after a run. It’s always, “I’m glad I did that.”

Being my competitive self, I wanted to experience growth and improvement rapidly. I wanted to increase my mileage quickly. I wanted to get faster ASAP. With this drive to improve at a rapid pace, I would start to run into issues, no pun intended. The push to become a “better” runner hurt my progress as I soon to develop various injuries. Notice the word better is in quotes because a better runner doesn’t necessarily mean getting fast quick, it means knowing your body and having patience. A lesson I would learn again and again on my path to becoming a runner.